Preview Mode Links will not work in preview mode

Caste, Hindus in America and Hinduphobia

Caste, Hindus in America and Hinduphobia 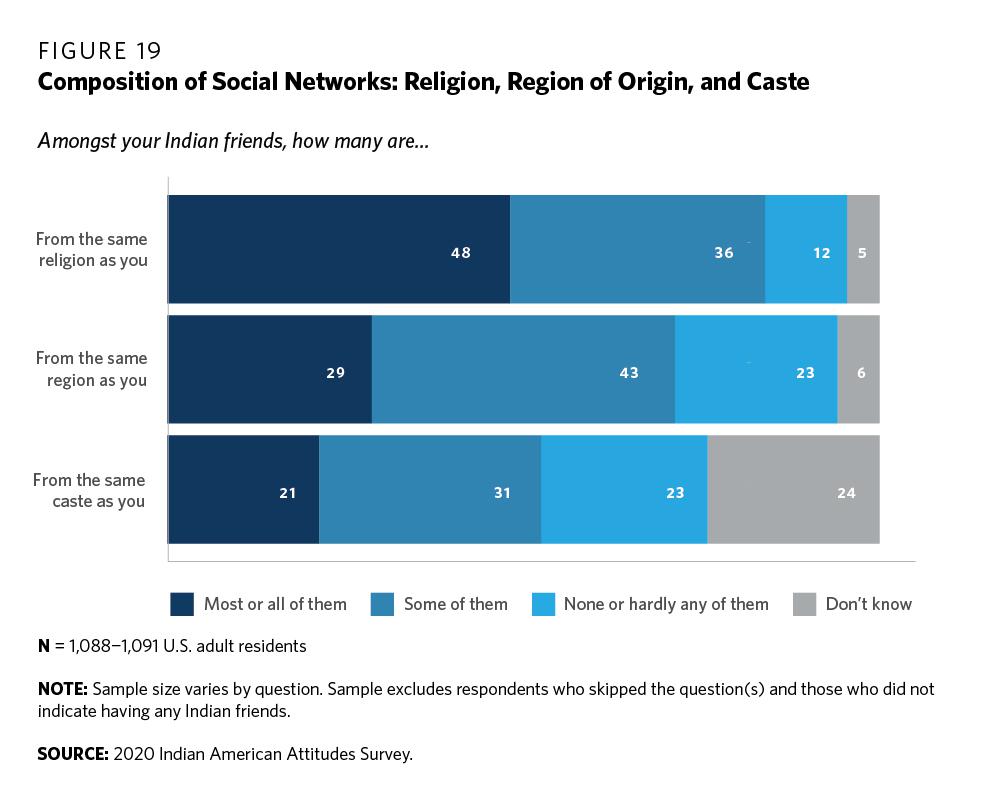 On this episode of the Brown Pundits Browncast I had a long conversation with  Nikunj Trivedi and Pushpita Prasad of the Coalition of Hindus of North America. One of the things we talked extensively about during this podcast is the Carnegie Endowment study Social Realities of Indian Americans: Results From the 2020 Indian American Attitudes Survey. The survey is rich with data that might surprise (for example, there are as many Bengali speakers as Punjabi speakers in the US, though I suspect this might be due to many ethnic Punjabis putting Hindi down as their mother tongue). But for the purposes of this episode, we were interested in caste identity, and how it relates to Hindus in America.

The Carnegie takes a shot at the 2018 Equality Labs survey that argues for the pervasiveness of caste discrimination:

A 2018 survey of 1,500 South Asian Americans found that many low-caste members of numerous diaspora communities had endured firsthand experience of caste discrimination. However, the study is not based on a representative sample, raising questions about the generalizability of its findings.

The figure above shows that most Hindu Indian Americans do not live in a caste-homogeneous environment. There are reasons for this. From the text:

...Overall, there are 632 respondents in the IAAS sample who belong to the Hindu faith but only 293 who report identifying with a caste group. Of this latter group, the overwhelming majority—83 percent—categorize themselves as General or upper caste. Sixteen percent identify as a member of OBC and 1 percent each identify as Adivasi/Scheduled Tribe (ST) or Dalit/Scheduled Caste (SC).

The latter number, that about 80 percent of Hindu Indian Americans are not OBC, Dalit or Adivasi is exactly what I've seen in other data. But perhaps a more important aspect is that large numbers of Hindus in America don't "affiliate" with a caste group. Some of the American-born individuals may not actually even know their caste group, though the foreign-born ones clearly know their origins as noted in the text:

What is also striking is how relatively small the differences are between respondents who identify with a caste versus those who do not. While the former report that a slightly higher share of their social network comprises people of the same caste, if one sets aside the “don’t know” responses, the relative differences between caste identifiers and non-identifiers is marginal. For instance, 27 percent of Hindu respondents who identify with a caste report that all or most of their Indian friends share their caste affiliation. Nineteen percent of those who do not identify with a caste group answer similarly. Respondents who acknowledge a caste identity are only slightly more likely to report that some of their social network is made up of people of the same caste (41 percent versus 33 percent for those without a caste identity).

So here is the subtle point: people who do not identify with a caste group nevertheless can often assess whether their social circle is mostly of their caste group or not. The dynamic here is that people are proactively disavowing or denying caste identity personally, but they clearly still know the provenance of their own lineage and that of their friends.

The landscape of caste and America is complex. Nevertheless, today's social justice activists are trying to reframe it as just another black-white dichotomy, with oppressed Dalits, etc., against oppressive Brahmins.

Finally, we discuss the casual and not-so-casual anti-Hindu comments that are spreading across mainstream discourse. For example, an organization at UC Davis called the Other Collective has said some really bizarre things about Diwali: 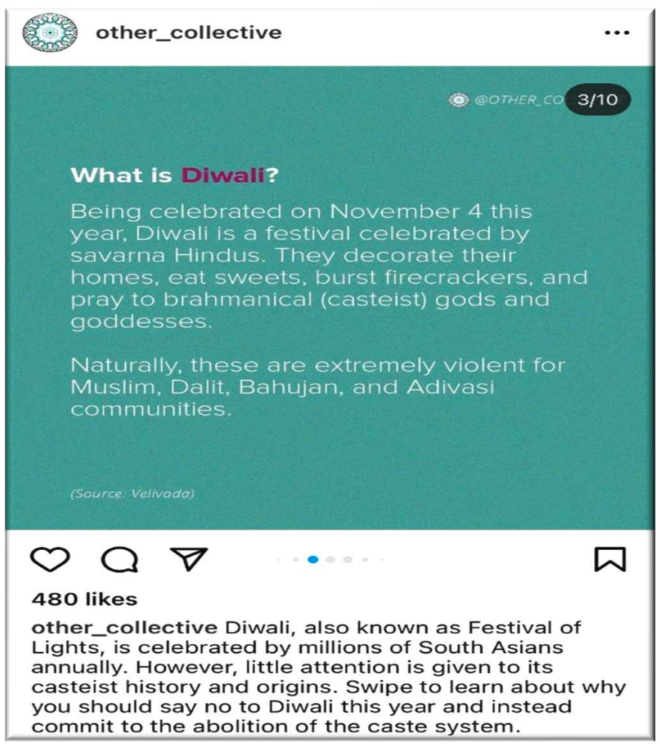 A discussion about all things brown, aka desi or South Asian.